Netflix Wiki
Register
Don't have an account?
Sign In
Advertisement
in: TV Series, Drama, TV Shows based on Books,
and 2 more
English

March 31, 2017 — June 5, 2020
13 Reasons Why is an American Netflix series based on the 2007 novel Thirteen Reasons Why by Jay Asher and adapted by Brian Yorkey for Netflix. Diana Son and Brian Yorkey are co-showrunners on the series.

"Secrets. Lies. Revenge. Everyone at Liberty High has something to hide ... and the truth is about to come out."
—Netflix synopsis

In the series' final season, Liberty High School's Senior Class prepares for graduation. But before they say goodbye, they'll have to keep a dangerous secret buried and face heartbreaking choices that might alter their lives forever.

"This series contains scenes that viewers may find disturbing, including graphic depictions of sexual assault, substance abuse, and suicide. If you or anyone you know needs help finding support or crisis resources, please go to 13ReasonsWhy.info for more information."
—Official Content Warning from Netflix 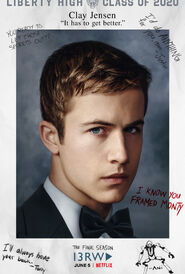 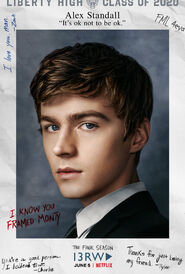 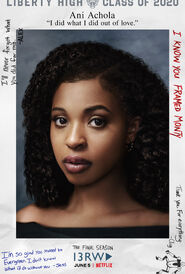 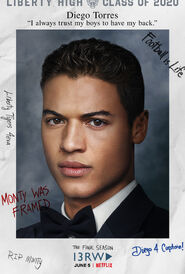 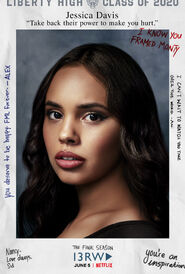 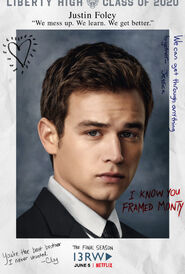 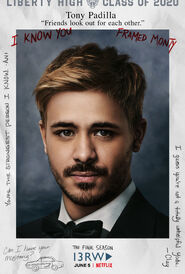 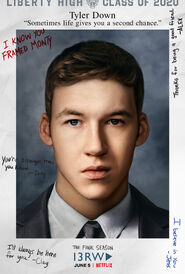 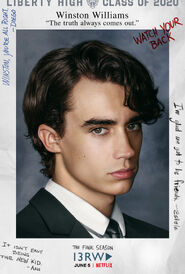 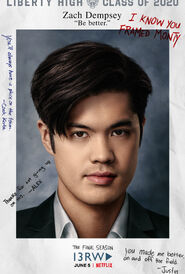