Fuller House is an american family sitcom currently airing on Netflix. It is a sequal of the 1987-95 sitcom Full House. It stars the original cast with the exception of Michelle (played by the Olsen twins) including, Candace Cameron Bure, Jodie Sweetin, Andera Barber with special guest appernces from Bob Saget, Dave Coulier, and John Stamos.

The show centers around D.J. Tanner-Fuller who is a widowed mother of three. She lives in the Tanner Family childhood home in San Francisco, along with her sister, Stephanie, her best friend Kimmy Gibbler and her daughter. 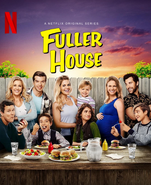 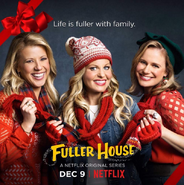