Money Heist, also known by its Spanish name La Casa de Papel, is a Spanish hit series written by Álex Pina. It centres around a group of thieves that attempt to hijack the Royal Mint of Spain and print their own money.

The series was originally meant to be a two-part limited series. It aired on Spanish television network Antena 3 for 15 episodes from May 2 to November 23, 2017. Late in 2017, Netflix acquired global streaming rights.[1]

The series was re-cut into 22 shorter episodes and released globally on Netflix, with the first half released on December 20, 2017, and the second part on April 6, 2018. Netflix renewed the series in April 2018 with a considerably higher budget for a total of 16 additional episodes.[2] On July 19, 2019, Part 3 was released, consisting of eight episodes. Part 4 was released on April 3, 2020, and it had eight episodes as well.[3]

A documentary involving the producers and the cast was released on Netflix on April 3, 2020, titled Money Heist: The Phenomenon (Spanish: La casa de papel: El Fenómeno).

"Eight thieves take hostages and lock themselves inside the Royal Mint of Spain as a criminal mastermind manipulates the police to carry out his plan."
—Netflix Synopsis

In the fifth part the gang has been shut in the Bank of Spain for over 100 hours. They have managed to rescue Lisbon, but their darkest moment is upon them after losing one of their own. The Professor has been captured by Sierra and, for the first time, doesn’t have an escape plan. Just when it seems like nothing else could go wrong, an enemy comes on the scene that is much more powerful than any they’ve faced: the army. The end of the greatest heist in history is approaching, and what began as a robbery will turn into a war.

Money Heist's Professor Being A Dad for 6 Minutes - Netflix 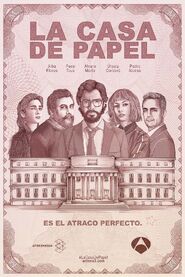 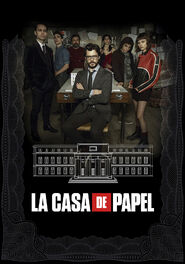 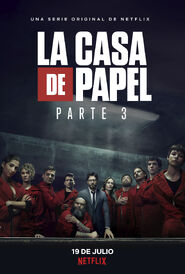 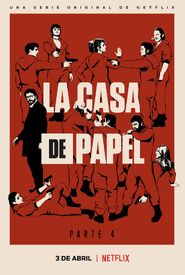 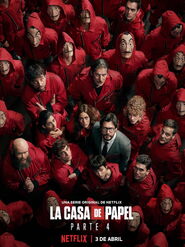 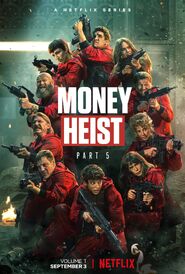 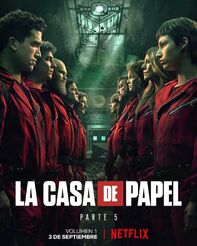 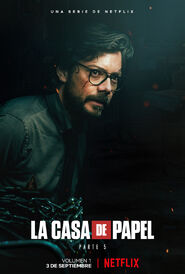 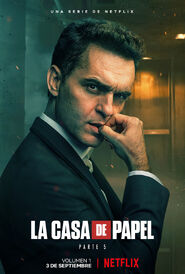 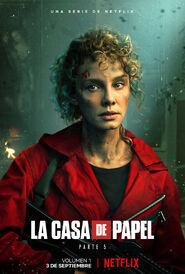 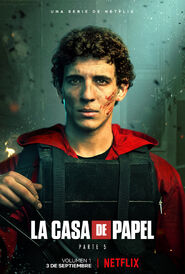 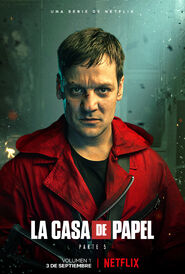 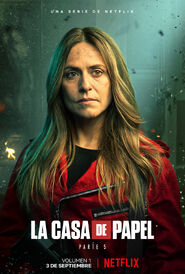 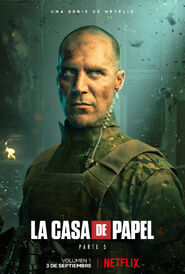 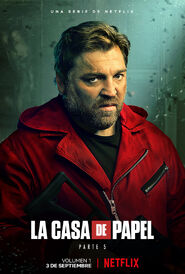 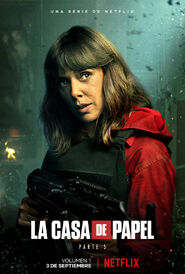 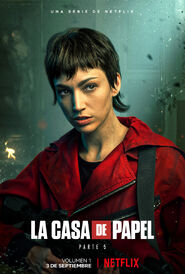 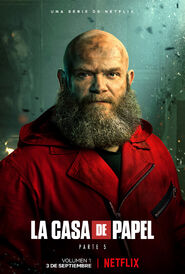 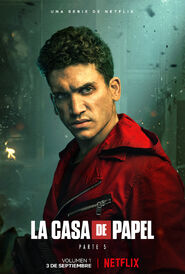 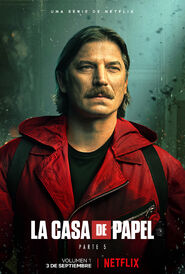 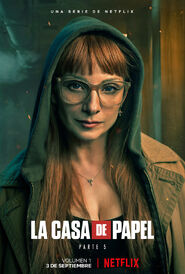